Linda Iona (Largent) Carpenter was born January 13, 1944, in Chickasha, Oklahoma to Roy R. Largent and Evelyn (Sizemore) Largent. She passed away on Sunday, March 20, 2022, in Oklahoma City, Oklahoma at the age of 78.
Funeral services for Linda of Oklahoma City, formerly of Chickasha, were held on Monday, March 28, 2022, in the Ferguson Funeral Home Chapel. Interment followed at Fort Sill National Cemetery under the direction of Ferguson Funeral Home.
Linda grew up and attended schools in Chickasha. Over the years, she worked for Pet Milk, Jane Brooks School for the Deaf, Carlbilt bus company, in the shoe department at Walmart, and as a cook at Mama Carol’s and Sunnyside Nursing Home.
On September 13, 1989, she married Leo Eugene Carpenter in Wichita Falls, Texas. They shared almost 22 years together until Leo passed away in 2011.
Survivors include her daughters and sons-in-law Rhonda and Jimmy Gray of Pocasset, Trina and Timothy Kyllo of OR, Loretta and Scotty Wilson of Chickasha, and Elexis Bogle of Oklahoma City, two brothers, Richard and Steve Largent, sister Dorothy Byrum, and numerous grandchildren, great-grandchildren and great-great-grandchildren, also many nieces and nephews and other extended family and friends.
She was preceded in death by both parents, husband Leo Carpenter, three brothers Allen, Don and Sherman Largent and one great-grandson Tyler Bogle.

by Conner Black The Weatherford Eagles were no match for the Chick on Friday, with the final score being 42-28. Malek Murphy continues to tear through every defense rushing for 200 yards. Trevor Caveness on the defensive side of things had 9 tackles and one sa... END_OF_DOCUMENT_TOKEN_TO_BE_REPLACED 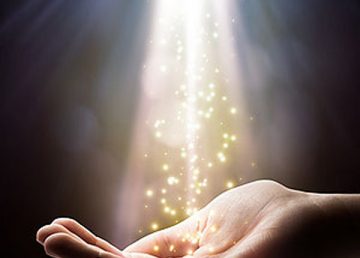 by John CrumpGrowing up in the Church in the fifties and sixties, if I heard one hell-fire and damnation sermon, I heard a thousand. As a result, I became very disillusioned with the Christian religion; it seemed all about sinners in the hand of an angry God.I... END_OF_DOCUMENT_TOKEN_TO_BE_REPLACED