Ramon Alfaro, 38, of Chickasha, was born to Arturo Alfaro and Melody Wolf on March 29, 1983, at USPHS Lawton Indian Hospital in Lawton, OK. Ramon Alfaro went to be with the Lord on Friday, December 3, 2021.
Funeral service for Ramon was held on Wednesday, December 8, 2021, at the First & Georgia Church of Christ. There was a wake service held on Tuesday December 7, 2021 at McRay Funeral Home.
Ramon graduated from Anadarko High School in Anadarko, OK in 2002. He was known as Big Homie or Fat Tio and was a member of First & Georgia Church of Christ.
He enjoyed watching sports and was an avid OU Sooners fan and San Francisco 49er’s fan. He also enjoyed watching cooking shows with his mom, although they never made any of it. His activities included scrolling on Facebook, playing Candy Crush, and keeping up with family through messenger. He was always there if you ever needed him and would never miss your call to him.
Ramon is survived by his mother Melody Wolf of Chickasha, OK, brother Al and Yidara Wolf of Houston, TX, uncles, Deroy Wolf of Philadelphia, MS, and Jose Rodriguez of Anadarko, OK, and several cousins. He was best known as Fat Tio to his nieces and nephews whom he dearly loved and cherished the time being with them.
He is preceded in death by his grandparents, Stanford and Vernola Wolf and his aunt, Alverna Guerrero-Rodriguez.
Interment was in Memory Lane Cemetery in Anadarko. Services were under the direction of McRay Funeral Home. 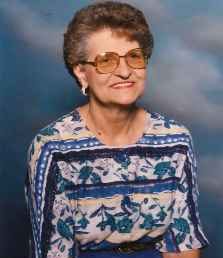