Myong On Wallace, 78, was born Monday, April 5, 1943 in Inchon, Korea, to Song A Yi and Sun I Kim. She passed away Tuesday, November 2, 2021 in Marlow.
A family gathering will be scheduled at a later date. Cremation and all arrangements have been entrusted to Callaway-Smith-Cobb Funeral and Cremation Services in Marlow.
Myong was self-employed as a housekeeper for many years.
Myong married her best friend and soulmate, Jeffrey Wallace, on June 27, 1979 in Ardmore. She and Jeffrey enjoyed 19 wonderful years of marriage until he preceded her in death on August 3, 1996.
Myong enjoyed crocheting and playing Bingo and Sudoku. She was a hardworking and loving mother and grandmother. Myong’s favorite thing in life was the time she spent with her family, and they will miss her dearly.
Survivors include her daughter, Jen Beard and husband Blake of Rush Springs, 2 grandchildren, sister-in-law, Gwynn Haseltine of Abilene, TX, 2 brothers-in-law, Scott Wallace of Madill, and Bruce Wallace of Nashville, TN.
She was preceded in death by her husband, Jeffrey Wallace, her parents, and her father-in-law, Edgar Wallace, and mother-in-law, Marie Wallace.
Online condolences may be made to www.CallawaySmithCobb.com

Chisholm Trail Community News & Washita Valley Weekly is seeking a full-time sales representative. The successful applicant needs to be friendly and outgoing. Creative thinking helps. A positive attitude is important. An ability to work with the team is essent... END_OF_DOCUMENT_TOKEN_TO_BE_REPLACED 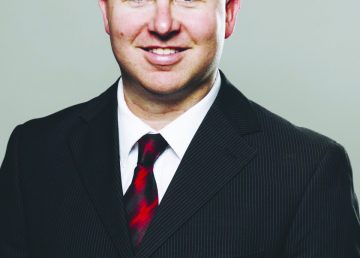 Memorial Day program honors those who gave their life in service

A Memorial Day Program will be held at 11:00 am. Monday, May 30, 2022 at the Grady County Veterans Memorial located on the west side of Shannon Springs Park in Chickasha. Tyler Brooks, Chickasha City Manager will be the keynote speaker at the event. Brooks ser... END_OF_DOCUMENT_TOKEN_TO_BE_REPLACED