Oklahoma HB #1569 is known as the Oklahoma Play to Learn Act. If it becomes law, it will encourage public educators to create play-based learning opportunities, in the realm of dancing, art, music and drama to teach kids in elementary school. Authored by Rep. Jacob Rosecrant, (D-Norman) and Sen. Adam Pugh, (R-Edmond), the bill passed the House Education committee 14-0. On March 23rd it passed the House on a bipartisan vote of 76-16. All 16 nay floor votes were Republicans. HB #1569 was passed by the Senate Education committee last week 10-2 and now is headed for a floor vote. If it is passed there, it then moves to the governor’s desk. Three observations:
First, play based learning is not a new concept. It was used in the 1700s. Back then, educational or instructive toys were simple, but they were used to stimulate learning. They often simplified or miniaturized objects used by adults. Most early childhood instructors across the state already use play to learn techniques in their classrooms. There are no current restrictions on teachers in Oklahoma using dance, music, art or drama to teach young children in school.
Second, why is this bill necessary? Is there a looming problem with a local school board in Oklahoma imposing a ‘no play’ at school rule? It wouldn’t appear so. So why is a specific bill addressing play to learn necessary? Some believe HB #1569 and ‘play to learn’ is a conspiracy rooted in UN Agenda 21, the Gates Foundation, UNICEF and the left. It’s true all of those mentioned advocate ‘play to learn,’ but there is no evidence of those organization’s involvement in the language of HB #1569.
Third, education is changing. With the advent of COVID-19, online/distance learning has replaced traditional classroom education. That is likely going to be permanent. Education leaders need to be proactive, get ahead of the curve, and embrace change. In 2019, Bill Gates said textbooks are obsolete and software should replace them. He also advocated a less structured environment for learning. Both of those would empower students, pique curiosity and improve interest in learning. Gates has some liberal far-out ideas, but these aren’t two of them.
Why should HB #1569 be killed in the Senate? It appears innocuous. Two reasons; (a) it is not needed. Nothing HB #1569 validates is under threat. No school board or administration has banned using play to learn in their districts. At best it’s a feel-good bill. If there is not a nefarious motive, then the defeat of HB #1569 will mean nothing. (b) it doesn’t move the needle in education. Oklahoma still ranks in the bottom 10 in test scores nationally (#43). Last year, over 50% of the Oklahoma state government budget was spent on education. Three years ago, historic raises were given to teachers and administrators with no significant improvement in test scores. It appears lots of playing is going on in school now.
Oklahoma’s whole structure of secondary education needs to be radically reformed, with the goal to get more money to the classroom, where it really makes a difference. When that change happens, ‘play to learn’ will flourish without the passing of a law. Contact your state senator and encourage them to vote No on HB #1569. It’s heartwarming, but unnecessary.
Steve Fair is Chairman of the 4th district of the Oklahoma Republican Party. He can be reached by email at okgop@aol.com. His blog is stevefair.blogspot.com. 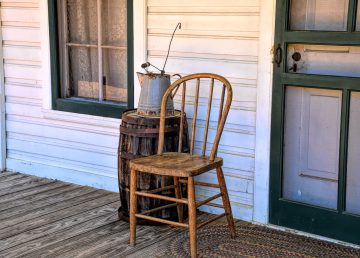 by Pastor Lynn WalkerCowboy Country Church4092 Norge Road405-320-0055 Pandemic? What is a pandemic? Well, it’s a epidemic on steroids; an outbreak of disease that spreads not just locally but worldwide and it has spread sickness, death, fear, and chaos all ove... END_OF_DOCUMENT_TOKEN_TO_BE_REPLACED 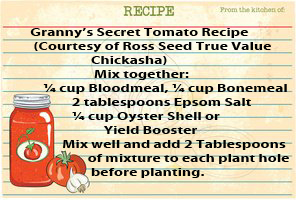 Oklahoma’s long, warm summers are ideal for growing tomatoes. Many tomato varieties are suitable for Oklahoma; consider growing cherry tomatoes for fresh eating, beefsteak tomatoes for sandwiches and roma types for sauces and salsas.   According to Oklahoma St... END_OF_DOCUMENT_TOKEN_TO_BE_REPLACED

Loneliness is Killing You (Yes, Even You!)

From the Pastors Porch