by Seth Crowder, WVW Sports
The Chickasha Fightin’ Chicks nearly upsets The Newcastle Racers on homecoming night but fall short 27-20.
The Racers struck first, 4:23 into the contest, from 35 yards out on a 4th down. Newcastle then again scored with 19 seconds left in the 1st quarter to jump ahead 13-0.
With 9:20 remaining in the 1st half, the Chicks recovered a fumble on the Racers 11-yard line. Chickasha drove down the field but came up short on 4th down.
The Fightin’ Chicks drove down the field on their next possession but had a field goal blocked with 2:30 left until halftime. The Chicks failed to convert in the endzone twice, making the score at intermission 13-0 in favor of Newcastle.
Chickasha recovered a surprising onside kick to start the second half, but the Racers picked off a Chicks pass in the ensuing drive. Senior Cayss Lowery hit Junior receiver Xavier Copeland-McFadden with a touchdown pass on 4th down, with 1:37 remaining in the 3rd quarter, to make the score 13-7.
Newcastle answered with a rushing touchdown with 15 seconds left in the quarter, to go up 20-7.
The 4th quarter comeback started with a 46-yard touchdown run by quarterback Cayss Lowery, with 8:18 remaining in regulation, to bring the score to 20-14. The Fightin’ Chicks forced a Racers punt the next possession. Sr. Eddie Wauahdooah scored from 21 yards out the following drive, to tie the game 20-20, with 3:45 left in the 4th.
Newcastle converted on a 3rd and long with just over 2 minutes remaining. They would punch it in just a few plays later from the 5-yard line,to go ahead 27-20 with 21 seconds left.
The Chicks got the ball back with 13 seconds, after a nice kickoff return from Sr. Kaden Stephenson. Chickasha had the ball at the Racers 39-yard line with 4 seconds on the clock but fell short after a Newcastle sack ended the game. The Racers outlasted the Fightin’ Chicks 27-20.
Chickasha will visit Elgin on Friday, November 6th at 7pm. 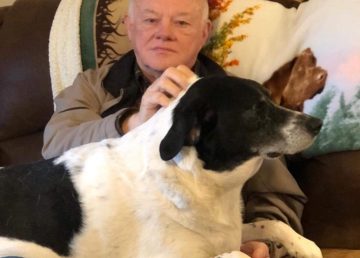 Born April 27, 1950 died November 15, 2020. Memorial service will be held at the families home, 3015 west Idaho Ave. All are welcome. Chickasha Oklahoma 73018. Ron was the owner/operator of the Chickasha hotel, K-Bar steakhouse as well has Bentons club all in ... END_OF_DOCUMENT_TOKEN_TO_BE_REPLACED