Kent Floyd Gardner was born to Floyd and Oneta Gardner near Ninnekah, OK in 1936.  He passed away peacefully October 8, 2020.  Kent graduated from Ninnekah High School.  He served in the Army Reserves after high school.  Kent started cross-country truck driving soon after high school and worked for several different trucking companies in Chickasha and Oklahoma City.  He began working at Western Electric in Oklahoma City in the late 60s and retired from there after 25 years.

Kent had many hobbies over the years that he thoroughly enjoyed: boating, ham/cb radio, hunting and target shooting, and going to truck rallies.  Kent and Fran, his wife of 39 years, enjoyed boating in the houseboat on Lake Murray and traveling together in their RVs.  Kent, a Ford man for life, spent many hours out in his shop building model trucks, tinkering on his pickup or working on a multitude of projects.  He was ever ready to help anyone who asked.

There were no services and interment at Fairlawn Cemetery in Chickasha, OK was under the direction of Ferguson Funeral Home.

Washita Valley Publishing, The Chisholm Trail Community News, The Washita Valley Weekly, and ChickashaToday.com is excited to announce that Elizabeth Skahill has joined our Team as a Marketing Specialist.Elizabeth is a well-known Southwest Oklahoma Photo-Journ... END_OF_DOCUMENT_TOKEN_TO_BE_REPLACED 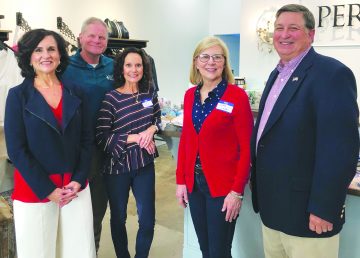 Dick Lowe, Republican Candidate for Oklahoma’s 56th House District, took time to meet and greet the public this past week. On Tuesday, October 20, John and Laurie Allen hosted the “Friends in Lowe Places” event at Perrefitte, in downtown Chickasha. Lowe, and ... END_OF_DOCUMENT_TOKEN_TO_BE_REPLACED