by Wayne Watts
A ‘Red White and Blue Salute to Oklahoma’ is being formed to recognize and support First Responders, Military and Essential Workers, to honor the Flag and Stand for God and Country according to a press release from Chickasha resident Stewart Meyer, a retired Oklahoma Highway Patrol Trooper.
Meyer and his wife Beth have been a strong supporter of Special Olympics to honor their son Craig, who tragically lost his life at an early age, and who was a stauch supporter of Special Olympics as well.
According to Meyer, the Rally is not a polical rally but designed to show support for those who are constantly being negatively portrayed recently in the media and in person.
The event is set for 10 am to noon on the South side of the State Capital in Oklahoma City on Friday, October 17th.
“The idea for the rally came as a result of continually seeing negativity portrayed towards our first responders, military and essential workers, day in and day out. No one was stepping up to speak on their behalf. We would be stalemated without the efforts of all these workers. It is time for the Silent Majority to stand up, speak up, recognize and show our support’ said Meyer’s in the press release.
The rally will begin with prayer, the pledge of Allegience, and the National Anthem. There will be several motivational speakers. Those who have lost their lives serving will be honored along with the 168 that lost their lives in the Murrah Building bombing. (The 25th annual tribute to those were not allowed to happen this year due to the virus). Essential workers from health care to farmers, truckers, grocery store workers will be honored.
Food trucks will be on site as well.
According to Meyers’ help and assistance is needed in the way of sponsors financially for; porta potties, flags, merchandise, PA system, tents, military flyover and advertising.
In kind support could be in the form of PPE, tents, water and other items.
Volunteers for the event would be able to help by offering Medical Services, information sources, general workers, registration, traffic control, set up and tear down, clean up and other means.
A 501 (c)3 organization has been formed as a framework for the association. Members of the committe include a retired Air Force Major General, retired Admiral, retired OHP Captain, active Lt. Colonel, retired OHP Colonel and OHP Lt, a dentist, retired teacher, home health worker.
For more information or to volunteer services or to offer financial assistance contact Stewart Myer at 405-226-2506 or bam30meyer@aol.com. 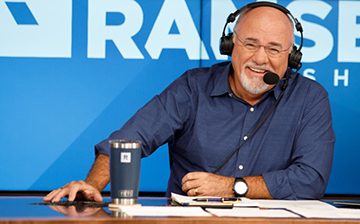 To educate and empower the next generation about alternatives to student loans, Ramsey Solutions is offering every teacher in the U.S. free access to the documentary “Borrowed Future: How Student Loans Are Killing the American Dream,” produced by Dave Ramsey.... END_OF_DOCUMENT_TOKEN_TO_BE_REPLACED