The deadline to complete the US census is fast approaching. In March, households across the United States began responding to the 10-question survey by phone, mail and for the first time ever responses were received online.
Every 10 years the U.S. census is conducted to identify city, county and state populations, which in turn determine how much federal funding each region receives for programs and services.
Areas impacted include hospitals, fire departments, schools, roads and other resources. In addition to funding, the data also helps determine how many congressional seats each state gets in a process known as apportionment.
According to statistics found on the official census website, Grady County’s Self-Response rate was at 61.2% at the time this article was written. Caddo County was 38.7%. The entire State of Oklahoma is only 60.2%, compared to the National rate of 66%.
The tentative deadline to complete the survey for yourself and your household is Wednesday, September 30th. It is unclear at this time if the deadline will be extended.
So, if you have not yet been counted, consider responding today. It is required by law, but more importantly, it is a way you can help the city, county and state in which you live to grow and thrive.
Visit census2020.gov today for complete information.
The first complete national census occurred in 1790 and took 18 months to complete. Compared to the modern-day census, the first survey collected only a few basic data points, like the name of the head of the household and the number of people in the household. Over time, the Census Bureau added new questions about demographics, occupations, and community activities to inform the research and planning that goes into running the country.
In addition, new surveys were added to supplement the questions asked every 10 years. These surveys do not survey the whole population; they rely on sample populations to estimate national totals. The US Census Bureau now publishes monthly, quarterly, and annual statistics, in addition to the information collected from the complete Census. Some surveys you may have heard of before include the American Community Survey, Current Population Survey, American Housing Survey, and the Annual Business Survey.
The Census Bureau is continually working on new surveys and supplements to meet the research needs of the government.
The 2020 Census will be the first time you can take the survey online. In fact, the bureau’s goal is to have 55% of responses submitted digitally, whether on a desktop computer or mobile phone. Most households will be contacted by mail with a unique code to fill out the survey online. However, in neighborhoods with low internet access or usage, the paper form will be included.
The more people who take the survey online, the more money the Bureau saves having to track down non-respondents. The proposed budget for the 2020 survey is $15.6 billion, which works out to roughly $111 per household surveyed, depending on population growth. 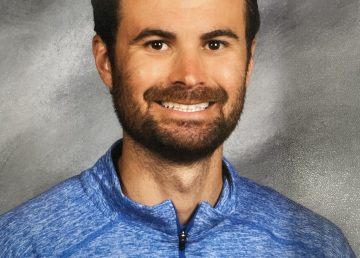 At the April 12, 2021 board meeting, the CPS Board of Education approved the hiring of Jace Johnson as CHS math teacher and Head Girls Basketball Coach. Jerry Don Bray, CPS District Activities Director, stated: “We feel great about the hire of Coach Johnson. H... END_OF_DOCUMENT_TOKEN_TO_BE_REPLACED 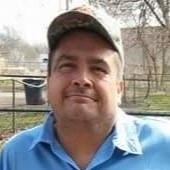 Charles Ray Hunter, 57, Bridge Creek, OK was born on December 3, 1963 in Dallas, TX to John and Frances (Luther) Hunter. He passed away April 3, 2021. Charles grew up in the Dallas area. He attended school at H Grady Spruce public school in Dallas TX. He work... END_OF_DOCUMENT_TOKEN_TO_BE_REPLACED

How I learned to Drive