Published 3 weeks ago chickashatoday3w ago

A conservative view of national, state and local politics

VOTE WILL NOT END CIRCUS!

The vote to remove or acquit President Trump on charges he withheld aid from Ukraine in exchange for an investigation into Joe Biden’s son has been scheduled for Wednesday February 5th. After voting to not call witnesses on Friday evening by a vote of 51-49, with two Republicans (Romney and Collins) joining all 47 Democrats, the impeachment of Trump is about to come to an end. Senator Charles Schumer, the minority leader of the Senate said: “To not allow witnesses or documents in an impeachment trial is a grand tragedy, one of the worst tragedies that the Senate has ever overcome. America will remember this day — a day when the United Senate did not live up to its responsibilities, turned away from truth and instead went along with a sham trial,” he said. On Monday, closing arguments are scheduled to begin.

On Tuesday, the president is scheduled to deliver the State of the Union address. President Trump will still be under the cloud of impeachment, which seems bizarre, but this whole process has been bizarre.

First, the real ‘sham’ trial was in the U.S. House. President Trump wasn’t allowed to call witnesses in the very partisan process. The president’s defense team wasn’t allowed to question the Democrat witnesses. The outcome was predetermined. That is a real tragedy.

Second, Senators Romney and Collins (both Republicans) should pay the price for voting with the Democrats. Romney represents conservative Utah and isn’t up for reelection until 2024, but his constituents should force him to explain/justify his ‘no witnesses’ vote. Collins represents middle of the road Maine, so her vote will not be as big of a political issue in her home state, but she is up for reelection in 2020. Collins, 67, is running for her 4th six year term and faces little opposition in the primary, but the Democrat Speaker of the House in Maine is running against her in the general. Cook Political Report has moved the race to a ‘toss up’ from solidly Republican status.

Fourth, there are four U.S. Democrat Senators running for President who should recuse themselves from voting on Wednesday. That is highly unlikely to happen, but it should. Senators Bennet, (D-CO), Klobuchar, (D-MN), Sanders, (I-VT), and Warren, (D-MA) are all seeking the Democrat Parties nomination. Voting on whether their political opponent can remain in office and stand for reelection or be removed and sent home just isn’t right.

Don’t expect Wednesday’s vote to end the circus and send the carnies home. They will dismantle the tent, haul it to the next town, set up and start the process again. And the people’s business will go to the back burner.

Steve Fair is Chairman of the 4th District Oklahoma Republican Party. He can be reached by 580-252-6284 or by email at okgop@aol.com. His blog is stevefair.logspot.com.

END_OF_DOCUMENT_TOKEN_TO_BE_REPLACED 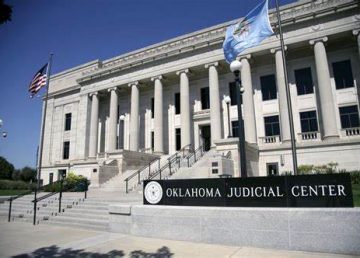 The Oklahoma Supreme Court nixed a redistricting petition Tuesday, saying the petition’s description does not adequately explain the measure, invalidating the language of State Question 804 on the grounds that its summary provided to citizens was not “sufficie... END_OF_DOCUMENT_TOKEN_TO_BE_REPLACED