Mosley to Seek a Second Term for Chickasha Mayor

Chickasha Mayor Chris Mosley has announced he will be running for a second term this year.

“With support of the people of Chickasha I will seek a second term as Mayor. I am dedicated to the community and I am committed to continuing to work to improve the quality of life of the citizens of Chickasha and provide a bright future for the next generation,” Mosley said in a recent press release. “I will be an advocate for all of Chickasha and not for just one area or one group”

The incumbent said in press release that over the past two years he has maintained an open door policy, welcoming all forms of communications he plans on maintaining the policy should he win re-election in April.

The mayor also discussed city building projects, infrastructure and progress.
“We as a community have seen great growth over the past two years,” he said. “Building projects have totaled nearly $30,000,000 since my election and I will continue to work hard to keep that progress on the front burner as we move forward.”

Mosley also talked the city’s future growth which he links to jobs.
“Good paying jobs are the key to a growing and prosperous community. A goal of mine is to continue to create an environment which encourages growth and provides a quality of life that attracts employers and employees to move to our city,” said Mosely. “We have momentum now and I will work diligently to sustain that energy of progress.”

Mosely, who was born and raised in Chickasha, says he a has a “passion about our great community.”
“This is where I wanted to move to raise a family, where I wanted my children to grow up, and to where I want all of our children to return. With the help of those who have the same passion for our great city we can continue that journey making Chickasha better everyday,” Mosley said.

Editors note: Filing for each of the four city council positions in Chickasha and the Mayors office will be after press deadlines. The Washita Valley Weekly has not received any other press releases regarding other open positions. There may or may not be others file for positions open. Go to www.ChickashaToday.com for filings posted Monday – Wednesday for the latest information. 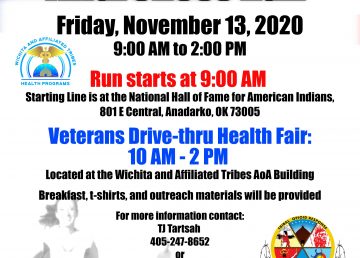 END_OF_DOCUMENT_TOKEN_TO_BE_REPLACED

Cut your own Christmas Tree