Melanie McKinley of Chickasha was presented with a check for $1000 by Braum’s executives Danny Raguse and Josh Frentz. McKinley then gave the check to her daughter, a very surprised Emilee McKinley, also of Chickasha.

Emilee is a sophomore at Southwestern Oklahoma State University where she is majoring in Education and plans on being a teacher when she graduates.

“It’s going toward my tuition,” said Emilee. “[The money] will help me get a degree in education so that I can do what I love and make an impact on future generations.”

McKinley, who entered the contest twice, heard about it at the local restaurant.

The contest ran from Sept. 1 to Oct. 30th, 2019. In order to be eligible, participants had to be 18 years of age and reside in Arkansas, Kansas, Missouri, Oklahoma or Texas. Contestants just texted BRAUMS to 737737 to be entered for a chance to win and could enter once per day. Winners were just chosen and announced at the beginning of the year. 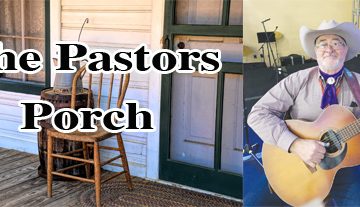 The Greek word in the KJV for concern is the same word for worry, but there is a big difference between the two. To me, worry is a concern that has gotten out of hand!  When we get concerned and worried about things that we have no control over, it’s time to t... END_OF_DOCUMENT_TOKEN_TO_BE_REPLACED