In 2000, I ran for State Senate district #31 against a Democrat incumbent. I knocked on over 5,000 doors, raised nearly $80,000 dollars and with the help of a dedicated army of volunteers gained 38% of the vote against a state Senator who was seeking his final term before being termed out. In 2001, the Senator took great pride in informing me that he had orchestrated the Democrat led legislature to draw me out of district #31 and into a district with a Republican state senator. “You can’t run in that district ever again,” he gleefully told me. That is when I found out that redistricting is politics- that the Party in charge gets to draw the lines- and that is the way it should be. I never ran for public office again, but the Democrats were so afraid I might have won an ‘open’ seat in the next election they took the pen and drew me out of the district. I didn’t like it, but since they were in control they had the right to do it.

Apparently not everyone agrees the legislature should control redistricting. A group calling themselves Citizen’s Independent Redistricting Commission (CIRC) are circulating an initiative petition that will supposedly take the politics out of redistricting. They want to amend the Oklahoma state constitution, to give a nine member commission authority to redistrict. Six of the commission members would be appointed by retired judges (this is enough to oppose it) and the remaining three appointed by the commission itself (incestuous process). “This proposal will prevent self-serving politicians from manipulating the system and force them to listen to the people they represent instead of pandering to special interests and their party’s extremes,” said Andy Moore, founder and executive director of Let’s Fix This, the group carrying the clipboards. Three observations:

First, redistricting is always going to be partisan. Whether done by the legislature or a commission, there will always be an agenda. Elections have consequences and the Party in power should be the one drawing the lines. Allowing unelected people to draw the lines, whose only accountability is to unelected judges is wrong. Oklahoma House Speaker Charles McCall, (R-Atoka) rightly said the petition effort is an unnecessary “solution in search of a problem.” Oklahoma Senate President Pro Tem Greg Treat, (R-Edmond) describes the petition as “a redistricting coup.”

Second, this petition is being circulated by liberals. CIRC is not independent. It is a front organization for former Obama Attorney General Eric Holder who leads the National Democratic Redistricting Committee. Holder’s group- Restoring our Democracy- is providing the money for CIRC to circulate the petition. Holder knows the U.S. Constitution grants federal redistricting(Congressional district lines) authority to the state legislature. In order to win elections, they need favorable lines drawn for liberal candidates. In order to do that, they need control of state legislatures. By usurping/eliminating legislative power and gaining control of the redistricting commission, Holder and CIRC aid their liberal cause.

Third, don’t sign the petition. If the group gets enough signatures to get it on the ballot in 2020, out of state money will flood Oklahoma with the intent of confusing the average citizen. If the state legislature is taken out of the redistricting process, there will be more gerrymandering than ever before. As it stands, if you don’t like what the legislature does in redistricting, vote your legislator out.
Democrats only want a ‘fair’ process when they are not in power. If Ds controlled the Oklahoma state legislature, they would be opposing this petition drive. This is a nothing short of a power grab by the liberals. 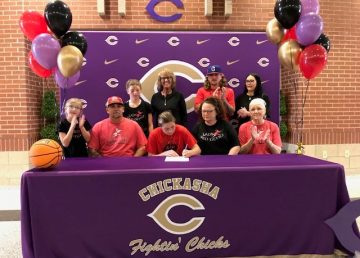 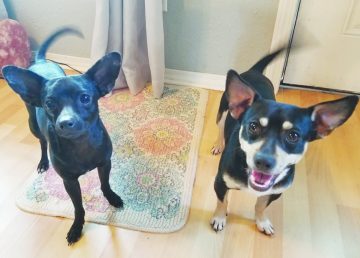 Friends FUR Change Association’s Pet of the Week This week’s pets are Almond and Milkshake. Both pups are males that are 1 to 1/2 years old. Fully vetted and have been neutured. They can be adopted separately or together. They love playing together outside. Th... END_OF_DOCUMENT_TOKEN_TO_BE_REPLACED